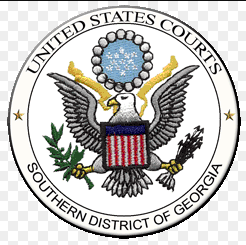 ORDER On February 24, 2006, Plaintiff European Connections & Tours, Inc. (“Plaintiff”) commenced the above-styled action against Alberto Gonzales, in his official capacity as Attorney General of the United States, and against the United States of America (collectively referred to herein as “Defendants”), contending that the International Marriage Broker Regulation Act of 2005 (the “Act”) is unconstitutional under the First and Fifth Amendments. Contemporaneously with the filing of the Complaint, Plaintiff moved the Court to enter a temporary restraining order enjoining Defendants from enforcing the Act against Plaintiff. On March 3, 2006, the matter came before the Court for a hearing on Plaintiff’s Motion for Temporary Restraining Order [Doc. No. 2]. At the conclusion of the hearing, the Court orally granted the Motion. Consistent with its ruling at the hearing, the Court hereby enters the instant written Order granting Plaintiff’s Motion for Temporary Restraining Order.1

I. BACKGROUND Plaintiff, according to the Complaint, is an “international marriage broker” (“IMB”) within the meaning of the Act. Section 833(e)(4)(A) defines an IMB as follows:

(4) INTERNATIONAL MARRIAGE BROKER. –- (A) IN GENERAL. — The term “international marriage broker” means a corporation, partnership, business, individual, or other legal entity, whether or not organized under any law of the United States, that charges fees for providing dating, matrimonial, matchmaking services, or social referrals between United States citizens or nationals or aliens lawfully admitted to the United States as permanent residents and foreign national clients by providing personal contact information or otherwise facilitating communication between individuals.

In Section 833(e)(4)(B), the Act provides for two exceptions to this definition of IMB, including the following:

(i) a traditional matchmaking organization of a cultural or religious nature that operates on a nonprofit basis and otherwise operates in compliance with the laws of the countries in which it operates, including the laws of the United States; or

III. DISCUSSION In this case, Plaintiff brings a facial challenge to the provisions of the Act discussed supra, arguing that the restrictions on the ability of an IMB to disclose the personal contact information of its foreign national clients violates its rights under the First and Fifth Amendments. More specifically, Plaintiff contends that the Act is an unconstitutional content-based prior restraint under the First Amendment and that the Act unconstitutionally denies equal protection under the Fifth Amendment Among other things, Plaintiff argues that the distinctions contained in the Act as to the entities, persons, and groups qualifying as IMBs under the Act are not rationally related to the harm Congress sought to prevent by passing the Act. Plaintiff also argues that the Act does not employ the least restrictive means of advancing a governmental interest because the Act regulates IMBs rather than regulating the conduct of the IMBs’ clients. Plaintiff finally argues that the challenged provisions of the Act are not narrowly tailored to serve Congress’ interest in protecting immigrant women from domestic abuse by United States males.

A. Substantial Likelihood of Success on the Merits The Court believes that there is a substantial likelihood that Plaintiff will prevail on the merits of its First and Fifth Amendment claims. Courts use the fourprong test articulated in Central Husdon Gas & Elec. Corp. v. Public Serv. Comm’n, 447 U.S. 557, 566, 100 S. Ct. 2343, 2351, 65 L. Ed.2d 341 (1980) to determine if commercial speech is protected by the First Amendment. Specifically, a court must determine the following: (1) whether the speech concerns lawful activity and is not misleading; (2) whether the regulation serves a substantial governmental interest; (3) whether the regulation directly and materially advances the state’s asserted interest; and (4) whether the regulation is no more extensive than necessary to serve that interest. See This That and Other Gift and Tobacco, Inc. v. Cobb County, 285 F.3d 1319, 1323 (11th Cir. 2000).

This Court does not believe that the Act meets the last two steps of Central Hudson. As an initial matter, it appears to the Court that there is no governmental interest suitably furthered by the distinctions made by the Act as to the brokers covered by the Act. That is, the distinctions contained in the Act as to the entities, persons, and groups qualifying as IMBs under the Act are not rationally related to the harm Congress sought to prevent by passing the Act. As with the legislation addressed by the Supreme Court in Greater New Orleans Broadcasting Ass’n v. United States, 527 U.S. 173, 190, 119 S. Ct. 1923, 144 L. Ed. 2d 161 (1999), the operation of the Act “is so pierced by exemptions and inconsistencies that the Government cannot hope to exonerate it.” Additionally, at this stage, the Court is of the opinion that the Act is more extensive than necessary to serve the governmental interest in protecting immigrant women from domestic abuse by United States males in that the disclosures required to be made by the IMBs are overbroad.

Finally, with respect to Plaintiff’s equal protection claim, the Court finds that the exemption of various types of marriage brokers from regulation under the Act appears to be a violation of the Fifth Amendment.

B. Irreparably Injury Plaintiff has also shown that it will suffer irreparably injury if a temporary restraining order is not issued. In Elrod v. Burns, 427 U.S. 347, 96 S. Ct. 2673, 49 L. Ed. 2d 547 (1976), the Supreme Court held that “[t]he loss of First Amendment freedoms, for even minimal periods of time, unquestionably constitutes irreparable injury.” Id. at 373; see also Tillman v. Miller, 917 F. Supp. 799, 801 (N.D. Ga. 1995) (“It is widely recognized that a violation of the First Amendment free speech rights of a citizen of the United States is the type of inquiry [sic] that cannot be remedied merely by money damages but instead is properly corrected only through the equitable powers of the federal courts.”). Insofar as this case implicates the loss of Plaintiff’s First Amendment freedoms, the Court finds that irreparable injury has been shown.

C. Balance of the Harms The Court similarly finds that the threatened injury to Plaintiff outweighs the harm that the temporary restraining order would inflict on Defendants. The threatened injury to Plaintiff is irreparable, while the damage that would be inflicted on Defendants is minimal. See Tillman, 917 F. Supp. at 801 (“The harm that would befall Plaintiff from the loss of his First Amendment rights far outweighs any harm that the State might suffer from a delay in the effective date of the statute.”).

D. Public Interest Finally, the issuance of a temporary restraining order would serve the public interest because the public has a strong interest in assuring that Plaintiff’s First Amendment rights are not violated. See Suntrust Bank v. Houghton Mifflin Co., 268 F.3d 1257, 1276 (11th Cir. 2001) (“the public interest is always served in promoting First Amendment values”); see also Tillman, 917 F. Supp. at 801 (“There is no harm to the public from granting an injunction that would prohibit enforcement of the Statute until the Court has evaluated its constitutionality, especially when the Statute could impair a fundamental constitutional right to free speech as guaranteed under the First Amendment.”).

IV. CONCLUSION Plaintiff having satisfied all four requirements necessary for the issuance of a temporary restraining order, the Court hereby GRANTS Plaintiff’s Motion for Temporary Restraining Order [Doc. No. 2]. Accordingly, Defendants are barred from enforcing the International Marriage Broker Regulation Act of 2005 against Plaintiff during the pendency of this temporary restraining order. Further, pursuant to Fed. R. Civ. P. 65(b), the motion for preliminary injunction is hereby set down for hearing on March 20, 2006 at 1:30 p.m. Finally, pursuant to Fed. R. Civ. P. 65(c), the Court does not require Plaintiff to post security. See Corrigan Dispatch Co. v. Casa Guzman, 569 F.2d 300, 303 (5th Cir. 1978)